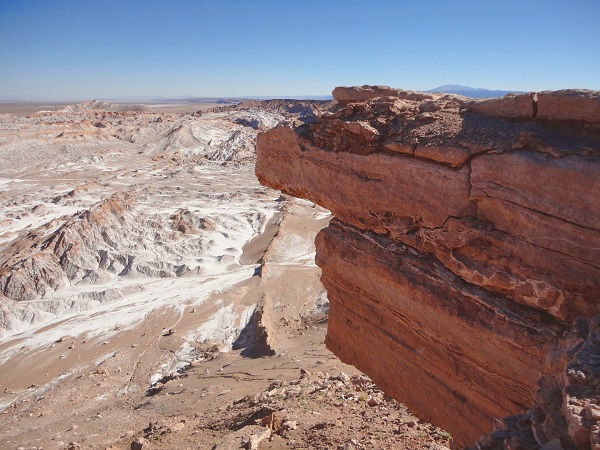 Scientists found microbes in the driest desert on Earth, the Atacama.

Researchers have found living microbes in the Atacama Desert, according to a report released in the journal Proceedings of the National Academy of Sciences of the United States of America (PNAS).

Dirk Schulze-Makuch, an astrobiologist with the Technical University of Berlin, and his colleagues argue that the presence of the microbes in the driest desert on Earth indicates that it might be possible for similar lifeforms to survive on Mars.

Scientists Find Microbes in the Atacama, the Driest Desert on Earth

The Atacama Desert located in northern Chile stretches from the Pacific coast to around 621 miles inland. It is Earth’s driest desert with an annual rainfall of only 0.31 inches. Crusty salts cover much of its surface, and the soils resemble those found on Mars.

Schulze-Makuch and his colleagues collected samples from eight different locations over a three-year period. They began amassing samples in 2015, right after a very rare rainfall. Then, the researchers made visits to the sites in both 2016 and 2017. Some of the locations were on the coast, while others were further inland.

The study team sequenced all of the copies of a given gene used to identify microbes. In some cases, they recovered entire genomes. The scientists then performed a test to determine the percentage of DNA that came from living cells.

Lastly, they looked for signs of cellular activity like the existence of ATP (adenosine triphosphate). This is a molecule that cells use for energy.

Not surprisingly, the researchers discovered that the most diverse microbes came from the coast immediately after the rain. They did find microbes even in the driest, most inland areas about 9.8 inches underground.

Several genomes indicated that some coastal bacteria were actually reproducing and were thus thriving in their arid home. The scientists were able to identify some of these species by using a database.

The researchers found that the microbial communities from the coast resembled those in sandy soils. Those from the drier areas resembled communities found in salt flats or extremely arid deserts. The latter may hibernate in a spore form. The researchers believe that Mars, which does get moisture in the form of snow or fog, might also harbor such microbes.