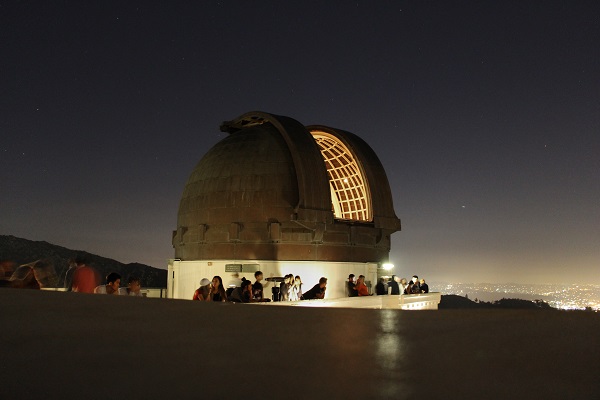 Zwicky’s new robotic camera will pierce deeper into the cosmos

A telescope at Caltech has been equipped with a new robotic camera capable of capturing hundreds of thousands of stars and galaxies in a single shot. Astronomers have now been able to successfully test the camera for the first time.

The Zwicky Transient Facility (ZTF) first went live on Monday although the telescope was functional from 1948. Astronomers have repurposed the 1.2 meter Samuel Oschin Telescope at the Palomar Observatory near San Diego. Before it was given a new purpose, Oschin took pictures of the night sky on glass photographic plates.

Set for daily scans, the ZTF will capture large portions of the Northern Sky, looking for shifts in brightness otherwise known as transients. These include black holes, asteroids, comets, and supernovas. The ZTF’s upgraded camera will also be able to take twice as many exposures each night.

The telescope is named after Fritz Zwicky, Caltech’s first astrophysicist. He was responsible for the discovery of 120 supernovae.

According to assistant professor of astronomy at UMD Suvi Gezari, the ZTF will be key to the observation and classification of cosmic events previously unseen by older telescope models.

“Data from ZTF may also offer a rare, real-time glimpse into the formation of a…supermassive black hole”

Surveys conducted by the ZTF represent a huge step forward in astronomy, according to undergraduate director of astronomy at UMD, Melissa Hayes.

Discoveries involving fast-moving cosmic masses were based on chance in the past. However, astronomers have adapted and improved existing instruments to better observe the mysteries of the universe. The ZTF is able to catch fainter and more distant objects.

Institutions from Germany, Taiwan, and Sweden are also in charge of the ZTF.

The ZTF survey is scheduled to begin in February of 2018 and the project itself will be ready by the end of 2020.