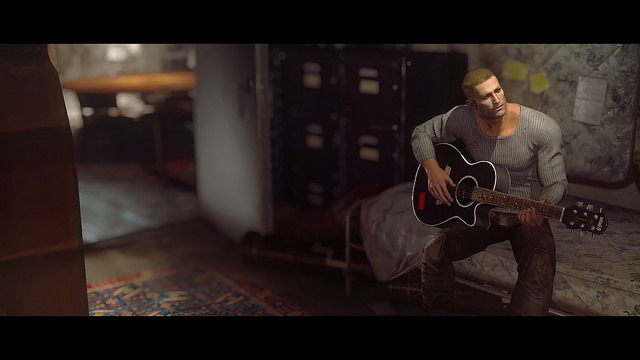 Wolfenstein Youngblood will be launched in 2019.

And because having to deal with all the Cyberpunk 2077 and Elder Scroll VI was not enough, Bethesda said during E3 that another Wolfenstein game is on its way. Called Youngblood, the game, which is slated for launch in 2019, apparently focuses on the adventures of BJ’s twin daughters.

According to Bethesda, the new Wolfenstein game will be launched at the beginning of 2019. Of course, the bar the company set for the series is quite high (remember the decapitation scene!), meaning that the upcoming title should probably have something in stock to quench the public’s thirst for some, good old unbridled mayhem.

Unfortunately, apart from the company’s announcement and the game’s launch trailer, we know very little about Wolfenstein Youngblood.

So, according to Youngblood’s timeline, the plot of the game takes place in the 1980s, 19 years after BJ Blazkowicz ignited the anti-fascist revolution.

Instead of focusing on yet another BJ adventure, the game will allow users to play as either Soph or Jess, BJ’s twin daughters. Yes, apparently BJ has two daughters, and they’re just as awesome as their Nazi-killing father.

Here’s yet another tantalizing detail about Youngblood’s story – 19 years after the revolution, the hero goes missing in Paris. And it’s up to Jess and Soph to uncover the whereabouts of BJ.

Gameplay-wise, there isn’t too much to say. From the presentation trailer, we can see that players will be able to wield basically the same type of weapons and, of course, crawl through Nazi-infested location.

One of the most interesting things we’ve learned from the trailer is that the player could be able to use the exo-battlesuit.

If you remember, in the New Order, Caroline Becker uses the strange metallic suit of armor found in the Da’at Yichud research facility to recover the use of her legs. It would seem that Jess and Soph could be using similar armor.