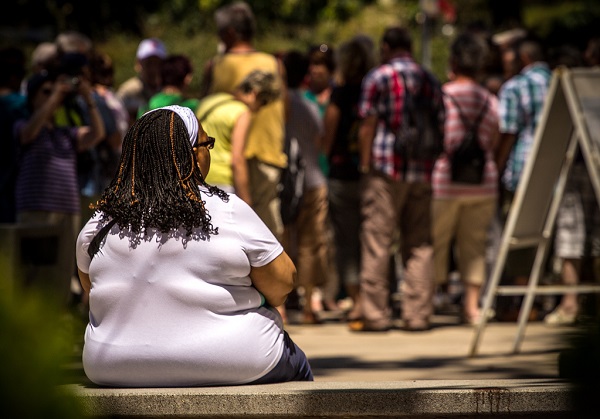 Obesity may be triggered by living in predominantly overweight communities, scientists believe.

Obesity is a common health condition among Americans, with 1.9 billion adults, 18 or older, suffering from it worldwide, according to the World Health Organization. A new study revealed that condition may be transmitted by other people, to the point where the condition was dubbed a “social contagion”.

“Social contagion in obesity means that if more people around you are obese, then that may increase your own chances of becoming obese,” notes one of the study’s authors, Dr. Ashlesha Datar.

According to Dr. Datar, if somebody were to move into a community or town with a high rate of obesity, then that person would be assimilated into their way of life.

For the study, researchers looked at military families, as they were considered viable candidates mainly because they have no choice over where they are assigned. In total there were 1,314 parent and 1,111 children, spread across 38 different locations across the United States.

The states accounted for in the study were placed at different ends of the obesity spectrum. El Paso County, Colorado, for example, was at the low end of the spectrum with around 21 percent of its population being obese while Vernon County, Louisiana, registering a 38 percent obese population. The study revealed that families who were assigned in counties with high obesity rates were likelier to become overweight or obese, and vice versa.

According to Dr. Datar, parents living in El Paso had a 29 percent lower chance of becoming obese while the child’s chances would decrease by 23 percent.

The research also took into account environmental factors that would have allowed increased obesity rates. Researchers looked for gyms or fast food restaurants located in each region to have an accurate representation of each obesity rate.  While environmental factors did influence higher or lower rates for the condition, they did not account for all cases, according to the study.

Dr. Datar said that shared environments did not play a critical role in explaining their results.

The study was published in the journal, JAMA Pediatrics.