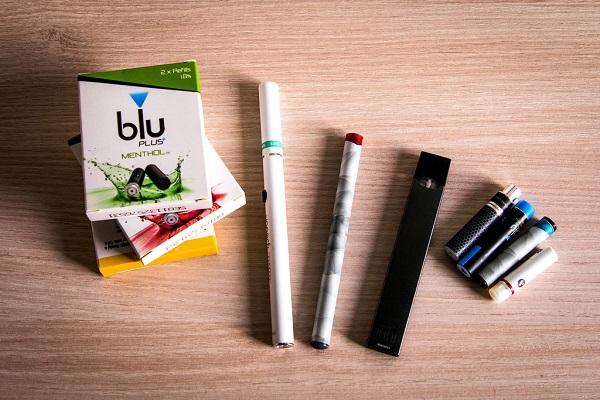 Electronic cigarettes, also known as e-cigarettes, continue to be promoted as a healthy substitute to smoking regular tobacco. The devices heat a liquid solution, which may or may not include nicotine, into a vapor that is inhaled by the user. E-cigarettes have been growing in popularity at a very fast pace in the United States, however, that popularity only drew more negative attention to the devices. A new study, for example, claims that e-cigarettes don’t ween users off of tobacco but actually convert many vapers into smokers.

Researchers at Dartmouth College’s Norris Cotton Cancer Center claim that vaping has led more people to start smoking cigarettes rather than avoid or quit tobacco in favor of e-cigarettes.

To reach this conclusion, they used 2014 census data, published studies and surveys on e-cigarette usage to develop a model which allowed researchers to estimate how many e-cigarette users turned to smoking. Scientists found that about 2,070 cigarette-smoking adults in the US quit in 2015 with the help of e-cigarettes. However, the model also found that, at the same time, an additional 168 thousand teens and young adults who had never smoked cigarettes began daily cigarette smokers after first using the electronic devices.

The Dartmouth model estimates that e-cigarette use in 2014 eventually lead to nearly 1,510,000 years of life lost. This figure was based on an optimistic 95 percent relative harm reductions of using e-cigarettes compared to regular cigarettes.

According to the paper’s lead author, Samir Soneji, who is also an associate professor of health policy at Dartmouth’s Geisel School of Medicine, advertising e-cigarettes as a healthier substitute to traditional smoking has done damage, mostly to young people.

The Food and Drug Administration (FDA) has banned the sale of e-cigs to individuals under the age of 18. However, the vaping devices are still drawing more young people mainly because they can add fruity flavors to their e-cigarettes. These two characteristics have been the main selling points for youths, according to Soneji.

“The harms of e-cigarette use among adolescents and among young adults are serious,” Soneji said. “Kids who vape are more likely to start smoking cigarettes…”