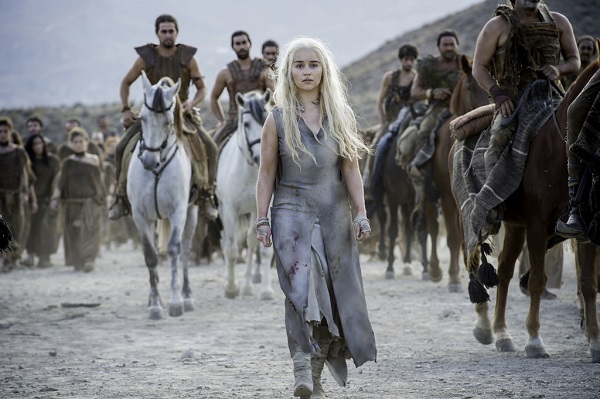 There’s a stark resemblance when Jon Snow speaks of White Walkers as the biggest threat to humankind and the way scientists and advocates talk global warming. Both of these parties are seen as mad persons. No matter how many pieces of evidence there are, the world is still following its old routine with their political, social, and professional problems. Nonetheless, there are other clues that promote Game of Thrones as the perfect display of today’s climate crisis.

The popular TV show based on George R. R. Martin’s ‘A Song of Ice and Fire’ managed to strike a chord with environmentalists last week. The third episode of the seventh season showed how Jon Snow is attempting to convince the mother of dragons of the threat of White Walkers. However, he feels how Khaleesi is looking at him with doubtful eyes. Therefore, he asks Tyrion Lannister:

“How do I convince people who don’t know me that an enemy they don’t believe in is coming to kill them all?”

That’s the same feeling that environmentalists experience when they are trying to convince the world of the threat of global warming. However, Jon Snow in the fictional world of the Seven Kingdoms refers to White Walkers.

Nonetheless, they are described as undead bodies that freeze entire cities in ice. Therefore, they can be easily seen as the personification of a side effect of global warming, which is a life-threatening winter. On top of that, Jon Snow delivers a message that has a not so subtle climatic edge, ‘Winter is coming!’

Another similarity between these two situations reaches leaders’ world. While the only habitable planet is on the brink of irreversible destruction, world leaders continue to place this threat on lower levels of priority. Some of them are even denying the existence of such climate changes altogether.

Tyrion Lannister is a fine savvy of the human nature. He tells Jon that people usually don’t have the capacity to deal with such an overwhelmingly large issue. Therefore, they would rather stick with their old issues such as politics or personal problems than trying to solve a seemingly impossible situation.

These very words also apply in the context of our reality as well. People continue to carry on with their familiar issues instead of seeing what they can do about a distant danger that might one day wipe out humanity.