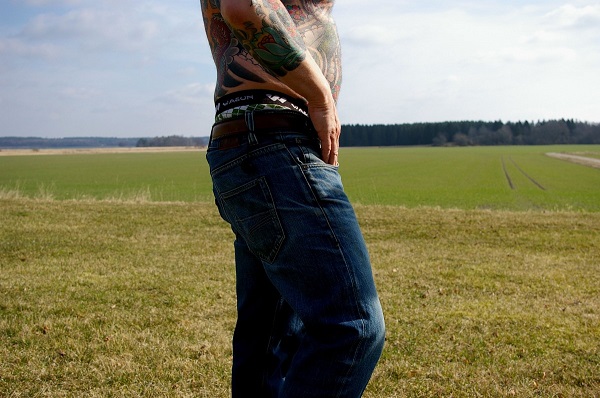 A curved penis might indicate a higher cancer risk

Sexual organs come in all shapes and sizes, and some men might have observed they have a slightly curved penis. While many regard it as a mere anatomical difference, it seems it might work as a sign for some serious health risks. Men who have a hard time shooting straight in the toilet might be more likely to develop a series of cancers.

A curved penis is not just an anatomical disorder

Peyronie’s disease, or penile fibrosis, is the condition which causes men to have a curved penis, and affects quite a large number of people. It was believed this was only an anatomical defect, but researchers decided to investigate. Therefore, they started a study with a sample of over 1.5 million men.

The results weren’t too encouraging, as it turns out a curved penis might lead to other health problems. Those men who suffer from the condition have a 40 percent higher risk of stomach cancer and of testicular cancer, and a 29 percent higher risk of melanoma. As a result, researchers are now urging men who live with the condition go and get proper cancer screenings. Also, doctors should be more careful with such patients, and advise them to get more thorough investigations.

The cancer risk is real, and physicians should thoroughly consider it

Many men take a curved penis for granted, and fail to associate it with other possible conditions that might arise. However, a genetic analysis of a father and son who both suffered from Peyronie’s disease showed they both had genes which increased their likelihood of developing testicular cancer.

It’s not clear yet what causes the link between cancer and a curved penis, but it’s clear that it exists. Therefore, it’s essential that everybody should be aware of it. However, cancer screening might be dangerous in some situations, so doctors should be careful when assessing one’s risk and necessity to undergo the procedure.

The research has been presented at the American Society for Reproductive Medicine.
Image Source: PxHere