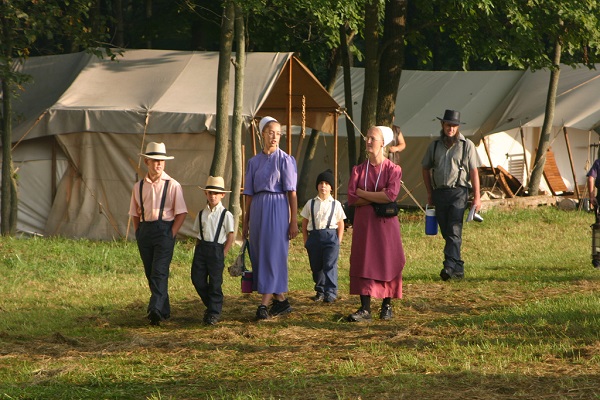 The mutation found in several Amish people protects them from Type 2 diabetes and heart disease.

A new study has found that Amish people living in a rural part of Indiana have a rare genetic mutation that protects them from Type 2 diabetes. This also appears to significantly extend their lifespans.

The research was published on Wednesday in the journal Science Advances. The mutation affects a protein called plasminogen activator inhibitor -1 (PAI-1). PA-1 is commonly associated with blood clotting. The protein was discovered in 1991 in a secluded Amish community in Berne, Indiana. Researchers found that 5 percent of the community carry the mutation which produces a very low level of PAI-1.

Dr. Douglas Vaughan, who is a cardiologist at Northwestern medical school, said that mice who were genetically engineered to produce high levels of PA-1 aged very quickly. They also went bold and died of heart attacks.

The researchers sifted through the community’s birth and death records and looked over their genealogical histories. Vaughan noticed how the Amish people were still stuck in an „18th-century lifestyle” and shied away from modern medicine.

Vaughan and his team discovered that the Amish who have the mutation live, on average, to the age of 85, a decade longer than those who don’t have it. The rate of Type 2 diabetes was seven percent in those without the mutation while the others had a rate of zero percent. Both Amish parties led the same lifestyle and had similar diets.

„Diabetes is something that develops more as we age. This is a terrific indicator that the mutation actually protected them from a metabolic consequence of aging.”

The researcher stated that the results aren’t yet set in stone mainly because the Amish are generally healthier than most people and the mutation is very rare. However, a conclusive discovery is PA-1’s influence on biological aging.