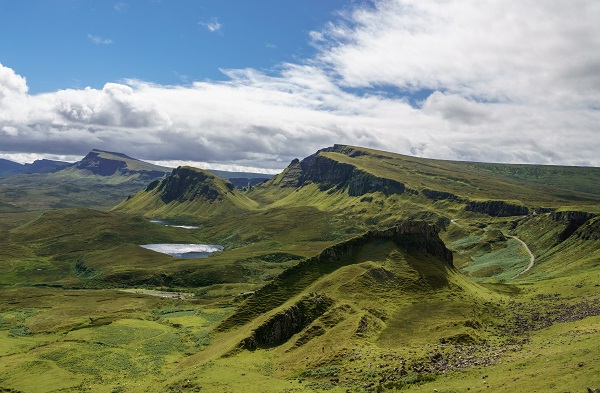 The Isle of Skye in Scotland was supposedly hit by a meteorite 60 million years ago.

Geologists from the University of London have discovered fragments of a 60 million-year-old meteorite on the Isle of Skye. While exploring volcanic rocks on the Scottish island, they stumbled upon several rocks that had otherworldly origins.

The fragments discovered contained minerals such as vanadium-rich and niobium-rich osbornite, which Earth is not known to have. These meteoric minerals were found under layers of lava, which dated back to over 60 million years ago, according to the geologists. Previous rocks of this type have been collected by Nasa’s 2006 Stardust mission as space dust in the wake of the Wild 2 comet.

The minerals were from a previously unknown meteorite impact, one which will shed light on the ancient Paleogene volcanic activity which occurred across the North Atlantic all those millions of years ago. When looking closer, the geologists found that the osbornite was unmelted, which points to it being an original piece of the meteorite.

The geologists later discovered a second site, a mere seven kilometers away, that contained the same minerals. More, so the site was a two-meter-thick layer of ejecta, which is material ejected from a crater.

“We have found evidence of the impact at two sites and at another potential two sites on the Isle of Skye, at the moment.” Said Dr. Simon Drake, from Birkbeck, University of London, who made the find along with his colleague, Dr. Andrew Beard.

According to Drake, the volcanological evolution of the Isle of Skye has been previously considered to have occurred due to a volcanic plume that came up under the crust that the island was on. Now, however, they suggest that a meteorite might have been partially responsible for the volcanic event. The team of geologists published their findings in the journal, Geology.